No one modifies the phones anymore

Choosing the logo and/or ringtone was the most difficult decision a teenager had to make, well not really! But using your weekly allowance to the greatest logo ever, that was the hot stuff. They were expensive and pretty ugly. And then your best friend chose the same logo as you. You wanted to be unique but before internet became more common, there was not many options. And now people have smartphones where you can use your own music as a ringtone or taken photo as your background.

Which combines a flame pattern and glitter nail polish?

Before online shopping (I'm looking at you Wish) tuning your phone needed some imagination. How to make your phone personal enough lead to some weird experiments. I, for example painted my phone case with glitter nail polish. Blue, to be exact. Because I used all my money to logos and stuff I couldn't afford the pretty cases everyone had.

At home the phone was stored on a bookshelf. But not without the bling, you put it on the inflatable chair like this

The pro-models had blinking led lamps flashing when message was received or someone called. 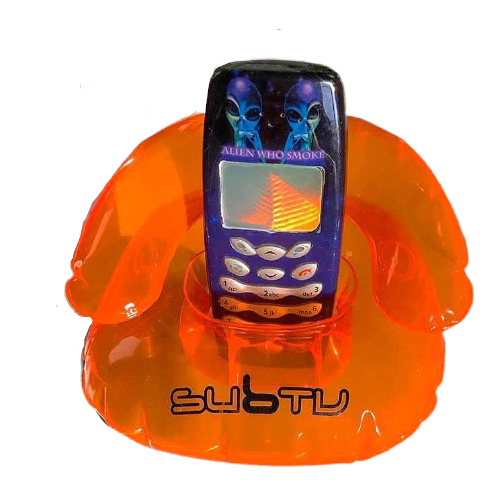 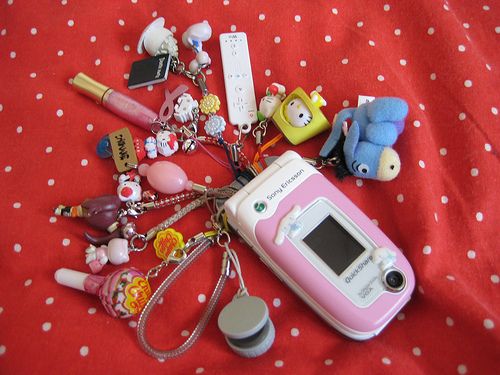 Later was the time of cell phone charms, the more the better. And those charms always got tangled and stuck. Charms were also blinking when you get the message. It was a lot of flashing lights in the year 2000. Who else remembers that from Conan O'Brien? My Nokia 3310 is still working and it stores two composed ringtones. Other is made by my old classmate and the other I ordered from here. That site still exist. 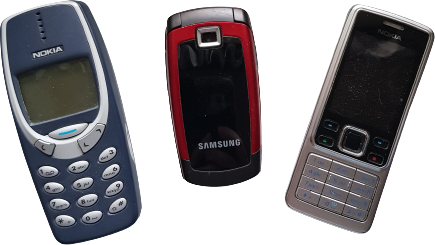 ©Text is my own, pictures are from here, here and here